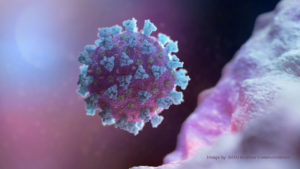 Coronavirus – an outbreak of information

The coronavirus outbreak is hitting hard. Most people know someone who has had it, however mild the symptoms.  Increasing numbers of us know of someone who has succumbed to it.   It’s not a faraway thing from China anymore. It is here in our communities and our local hospitals.

It is estimated that one in seven families has been affected by it.  One of my best friends has been shaken by the loss of her close neighbour George. Death has come to suburbia.

I have a innate aversion to large supermarkets and to long queues. I remember my alarm at the realisation that in the ‘amusement’ parks in Florida people happily queue for more than an hour to get on a 2 minute flight simulator ride, and pay handsomely for the privilege. Madness!

You need to know a few things about the science of shopping in the world of the coronavirus ourbreak.

2. Shop at smaller more local shops, queues are shorter and the experience is less tortuous.

3. The organised are switching to shopping online. A very sensible solution.

4. Swing by shops later in the day to judge when its quietest, check out the queues, and then make your raid.

We are realising now the folly of going ahead with so many big events even up until mid March. Football matches were still happening. At the Cheltenham races in mid March  251,684 people crowded together in close proximity. The organisers stated they were ‘following government advice.’ We now know that the virus was spread widely during that event.

Why men are the weaker sex

I wonder how many people knew what an epidemiologist was before this. Now we are all hanging on their every word with bated breath.

Men appear to be more susceptible than women. Why? Around two thirds of those who are dying are men. The worst case of this is in Portugal where the mortality rate in men is twice that of women.

There are lots of reasons why this might be the case. Here are some of them.

Men suffer more from cardio vascular and chronic lung disease, both risk factors. Men also smoke and drink more than women do.  In China 50% of men smoke compared to 2% of women. In general, women produce better vaccine responses and so a woman’s body is likely to fight back harder than a mans.

New information to me is that the genes which detect the virus are found only on the X chromosome. Obviously we got two of them which gives us a bit of an advantage. The male hormone, testosterone, is also known to be immunosuppressive.  Men also wash their hands less than women do.

Lots of reasons there – take your pick.

Other life changes – we are all in the same boat.

People are spending more online and Amazon have had to recruit thousands more warehouse workers to cope with the demand. We are spending less on clothes (what’s the point?) Lockdown leggings are the order of the day. If there’s a bit of dinner down your top – so what! – at least you are still alive!

We aren’t going anywhere, so considerable savings are being made on fuel and the planet is benefiting from a massive reduction in pollution. This is a good thing.

Expenditure on food and alcohol has rocketed. Making a meal gives a focus to your day. Snacks are so comforting.

There has been a huge increase in spending on alcohol. Many of us have joined the bottle of wine a night club.  If I can’t be bothered to queue at a large supermarket for the good stuff, I’m happy to slum it with Romanian Rose from Home Bargains. It does the same job and it tastes fine once you get used it. You are anaesthetised nicely into the evening hours. Some studies even say it’s actually good for you!

The football season is canceled as is the Eurovision song contest. No tears from me there, in fact its a bonus! GCSE and A levels have been cancelled. But what about the results? The government will still be awarding grades. How are they going to do that – bring in Mystic Meg?