Dunstanburgh – from the Romans to the Vikings

A walk across the hill tops to Dunstanburgh castle is a very scenic route. Although Northumberland is the least populated county in England, it has the most castles per square mile. This area has a a turbulent past, and experienced occupations by both the Romans and the Vikings at different times in history.

Spring can be very chilly in Northumberland. The daffodils were putting on a show, and there was evidence of blue sky as we set off for a morning walk. Set high on a hill overlooking the North Sea, Craster is a fishing village famous for its kippers. The family business of L Robson and sons still smoke the herrings landed here in the traditional way over fires of oak sawdust.

Craster kippers have been treated this way for over a hundred years and are exported internationally. The pub in Craster, the Jolly Fisherman, specialises in delicious local seafood dishes. The crab soup with cream is one of the top favourites. 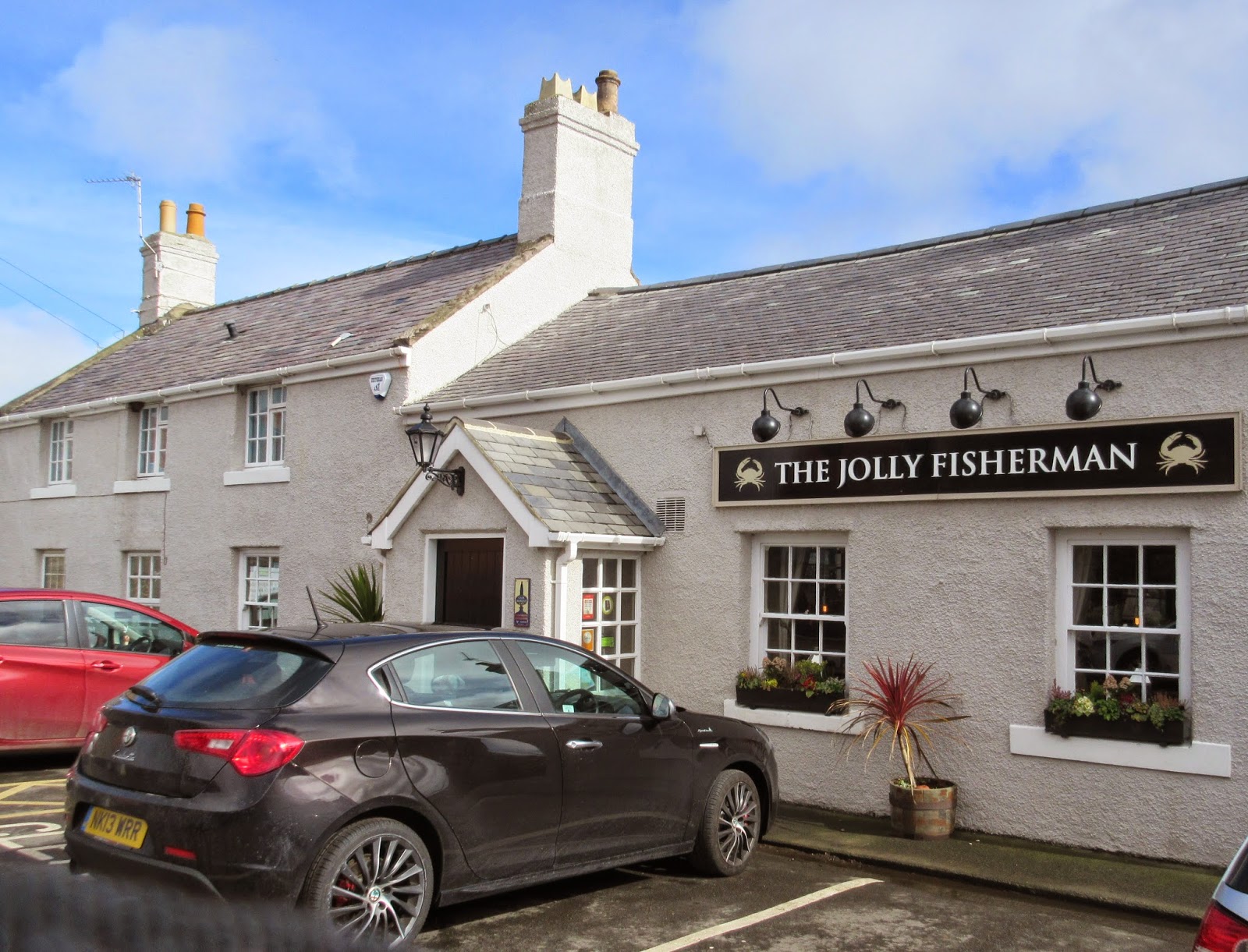 The walk along the cliff top from Craster village to the castle is a very popular one. Numerous families and dog walkers had the same idea as us and it was a pretty busy route this weekend. 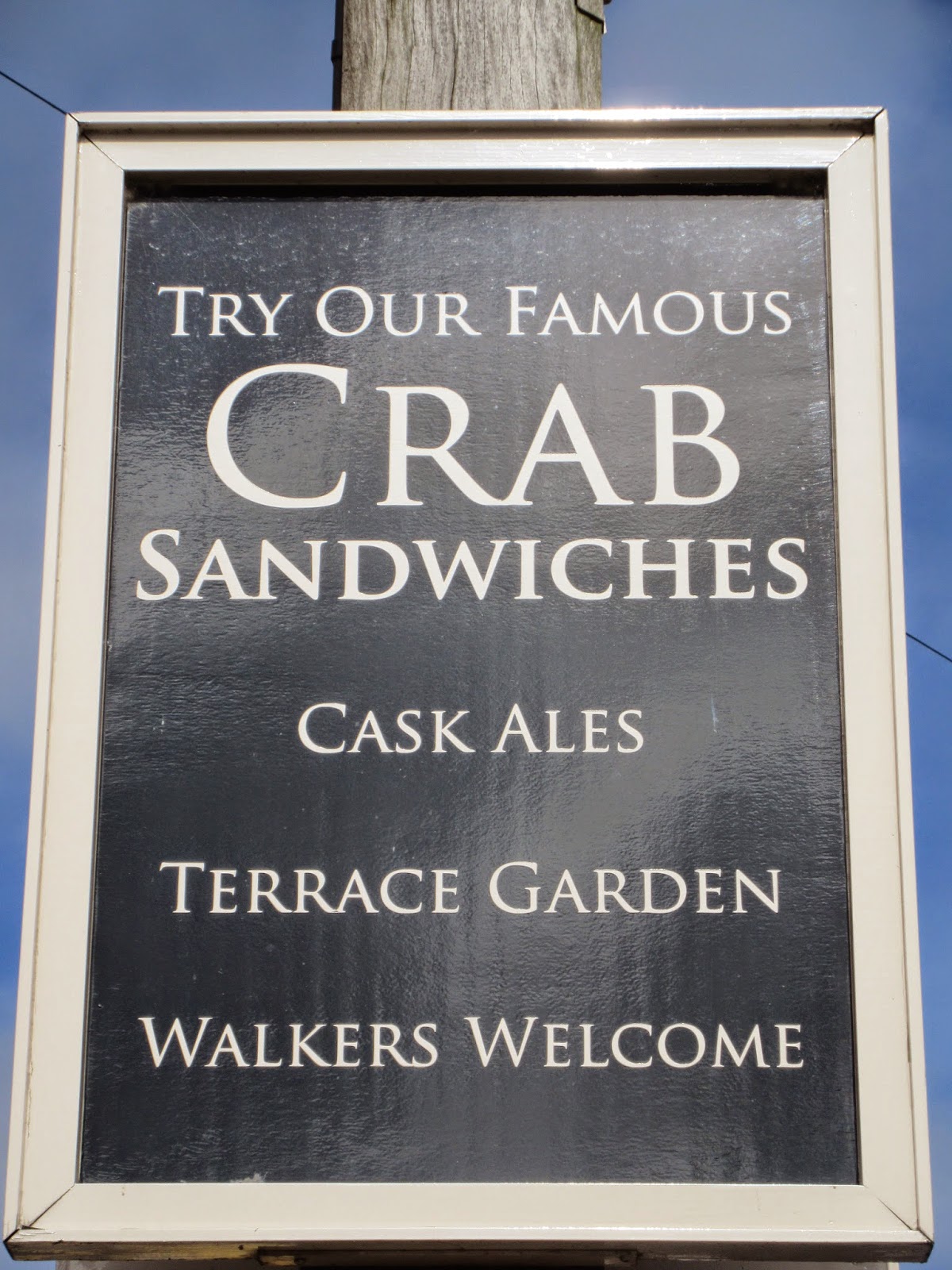 Grazing sheep were definitely slightly grumpy at the number of people wandering about on their territory. A few black-sheep looks were noted, especially given to those folk who did not stick to the prescribed path.

The sea still had that chilly North Sea look which it has here for approximately 360 out of our 365 days a year. The hedges of bright yellow gorse were defiantly in full bloom, fringing the coast line. My Aunty used to say ‘When gorse is out of bloom, kissing’s out of fashion,’ a saying which apparently dates back to the mid-19thCentury. Gorse pretty much flowers all year round anyway.
Dunstanburgh castle is just ruins now, but in its heyday it must have been a formidable fortress. Situated on the ‘Whin sill’ which is a massive hard seam of igneous hardened magma formed many years ago, it now sits atop a sheer and impregnable rock face.

The castle was constructed by the powerful Thomas, Earl of Lancaster between 1313 and 1322. At the time, Thomas was the second richest man after the king.

No one is quite sure why he built it however. It could have been as retreat from the violent North South civil war or just a very visible status symbol. After all, who wouldn’t like their own castle if they could have one! 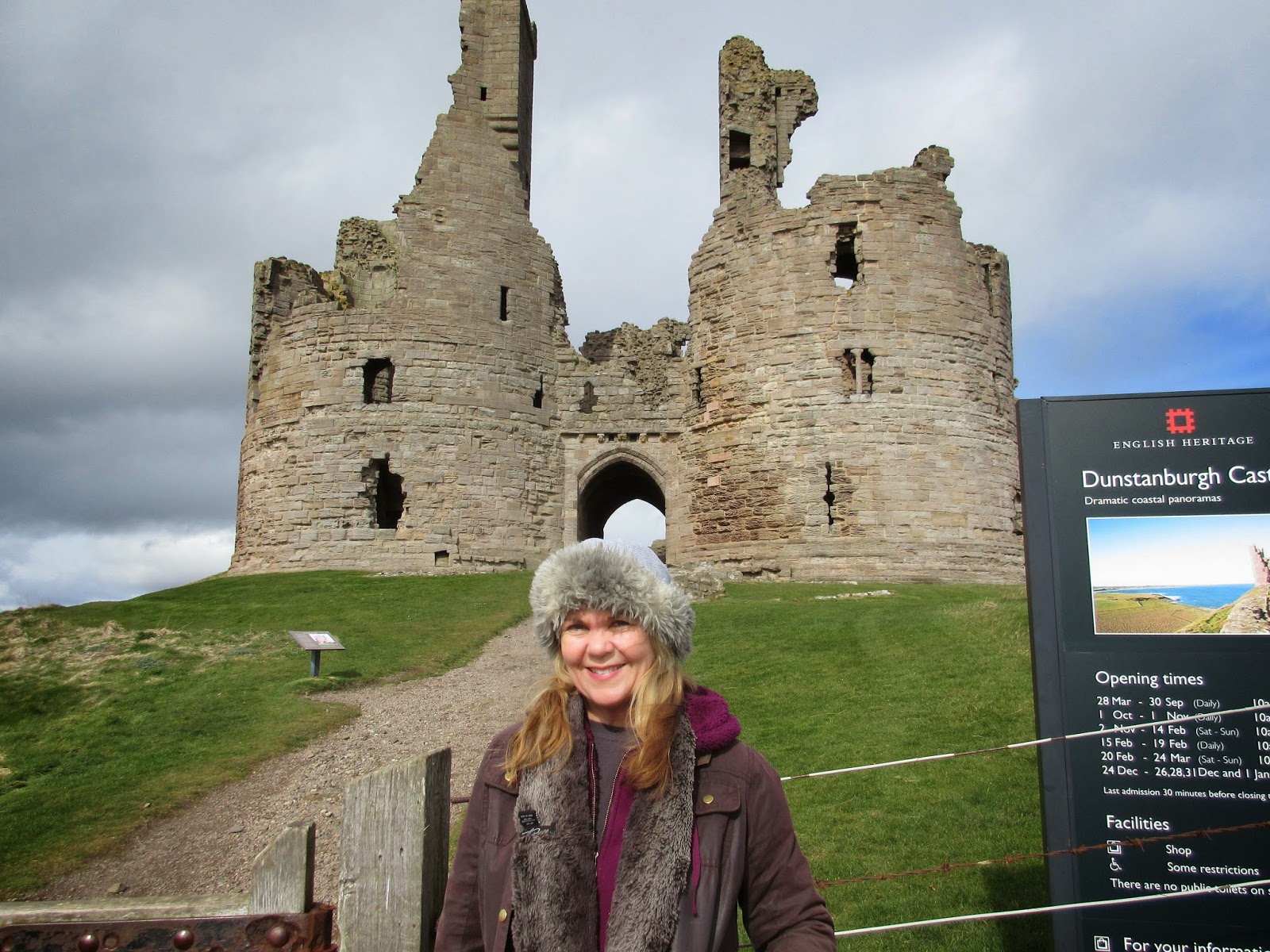 The castle was granted a ‘licence to crenellate.’ This licence granted the holder permission to build fortifications, thus turning a fort into a castle. The castle subsequently passed to John of Gaunt who strengthened it against the Scots. It was the focus of fierce fighting during the Wars of the Roses, twice besieged and captured by Yorkist forces.

Things are a lot more peaceful here these days. Robson Green’s Tales from Northumberland series and have realised how much there is on my doorstep here in the North East, that I haven’t explored or appreciated as much as I should. I think everyone probably thinks that sometimes, but it has made me more determined to get out and about and connect with this wild and beautiful landscape whenever I get the chance.