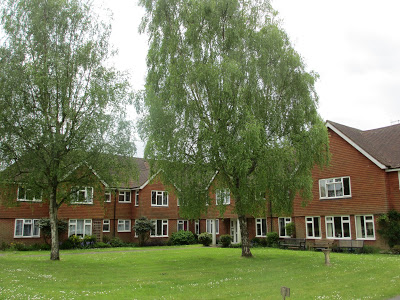 There is a definite crisis going on in the care industry. Never quite as popular as our beloved NHS, the care you receive really is a postcode lottery.

It’s tough being old. This weekend my brother and I managed to travel the many miles from the North to the South of England to see my old Dad Alf, in sheltered accommodation in the sleepy Sussex town of East Grinstead.

There has been much in the news about the crisis of care within the NHS. Indeed my Dad has been on the receiving end of some of the slapdash treatment our elderly are subject to within the postcode lottery of hospital care here in the UK.

Last year he had a tour of the hospital accommodation of the South Coast of England as he was discharged and re-admitted repeatedly over several months and became one of the those ‘revolving door’ patients we hear about. These poorly folk can make up to two thirds of of patients in a hospital at any one time. NHS managers have a lovely term for them – ‘bed blockers.’

That just about sums up how my Dad was treated. He was tipped out of the last ward still riddled with infection, coughing badly and having been left in bed for weeks. he had been in an elderly care ward and came out with even less mobility than he had when he went in.

Alf was at last returned to Dart Court, his Housing Association sheltered housing scheme in a leafy suburb of the town. If you ever get old  and start to conk out a bit, Dart Court is where you want to end up.

The care my dad received here was exceptional and I cannot praise the staff highly enough. They are all so professional and genuinely seem to like the older people they look after. That’s not something you can fake, believe me.

Since getting out of hospital (I sent him a congratulations you have escaped again! from hospital card) he is shuffling about again with his walker. His cough has improved and his infection subsided and the indomitable spirit of Alf is still aflame, burning as fiercely as it can when you’re 89.

A visit to Snow Hill

There aren’t many venues for wheelchair visits around East Grinstead. Snowhill, however a lovely local garden centre with really good wheelchair access. At Snowhill you can cruise the isles of beautiful plants and buy any amount of bizarre items you never knew you wanted/needed. Then round it all up with a slap up feed in the cafe.

Alf particularly enjoyed the five items for £2.99 breakfast and a nice cafe latte with six sweeteners. He can’t have a cooked breakfast at home as he is banned from his own kitchen. He put a baguette still in its cellophane into the microwave, set fire to it, and the fire brigade had to be called out.

Snowhill also offers the option to purchase delicious cakes which may well hasten the onset of your Type 2 diabetes. Sensibly, cakes are not allowed for the diabetic at Dart Court.

What to buy at Snow Hill

Other unusual possible purchases include a whole range of pot animals. This will  make your garden either  a) a woodland fantasy (chickens etc) or b) for some bizarre reason, a zoo!

Who knew people would want to buy a pot gorilla to nestle in their Petunia bed? Or a pile of pot tortoises? Gnomes have had their day.

Back at Dart Court we consider whether we want to watch the Eurovision song contest or not. It doesn’t hold much attraction for Alf. ‘Have you seen Jeremy Kyle?’ he says ‘I don’t know how they dare put it on!…