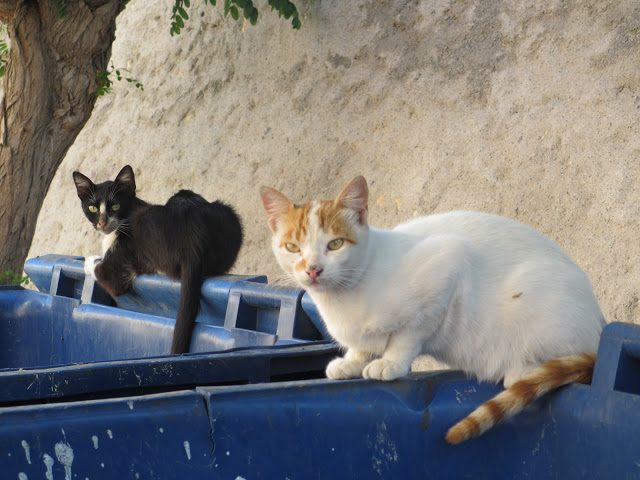 A slice of real Greece – Crete

Crete is the largest of the thousands of Greek Islands you may want to hop to for your perfect sunshine European vacation. Floating in the blinding blue of the Agean sea, Crete is the birthplace of Zeus and home of the mythical Minotaur. It was latterly the stomping ground of the (now extinct) pygmy hippo.

It is also part of a wider Greek economy struggling to deal with national debt, political corruption and an ambivalent attitude towards the paying of taxes.  This didn’t seem to affect the happy holiday activities on Crete which has only been a part of the parent country since 1913.

The island has a strong and independent culture and Crete is one of the few parts of Greece which can support itself even without the tourist dollar. It has a rich agricultural trade in Olive oil, citrus fruits, wine, herbs and honey. With lower unemployment than elsewhere in Greece it has a relatively rich population. Cretans like to do things the way they’ve always done them. Having been invaded by Romans, Venetians and Turks at one time or another in their history, Brussels bureaucrats don’t seem very scary.

The countryside is surprisingly green and the climate pretty temperate. There are beautiful wild flower-filled gorges and traditional villages to explore. Lovely food, wine, shopping and beaches. There’s something for everyone on Crete.

I stayed at the beautiful city of Rethymnon which is a very picturesque town. No one could accuse Crete of being short of mountains and they are very popular with hikers. If you do go walking you must take lots of water to avoid dehydration in the strong sun. We walked the fairly modest Myli gorge which was the nearest one to us. There are some much bigger gorges, like the famous Samaria gorge which is a much bigger trek and is full of beautiul butterflies in the springtime.

An English lady we met explained that Cretans still operated as very strong family units. They usually employ their offspring in the family business and house them on the family land. Apparently Cretan family vendettas are famous and still go on today.

Her business was struggling. The little bar she’d bought with her husband, was subject to 40% tax on everything, and the big all inclusive hotels were taking over the holiday market. Cretans most definitely do not like to pay 40% tax. What did they get for their money? Nothing! Where were the schools and hospitals promised by the government?

The Old town of Rethmynon still has lots of Turkish and Venetian features and an authentic Greek charm. Tucking into your Cretan specialities while sipping surprisingly good Greek wine and sitting under a lemon tree, economic strife seems far away. You toss a prawn to one of the pretty, wise eyed feral cats which are everywhere in Greece and think, ‘I shall come back here.’