There is no denying that Western Australia is VERY hot and sunny. You can’t really get a bigger contrast to  North East England (where I currently reside.)

When I left Perth on my last visit it was 44 degrees centigrade and climbing to that temperature is a regular occurrence in this part of the world. 2013 was the hottest year for Australia since records began and it was so hot in Adelaide that apparently it nearly melted several tennis players at the Australian open. 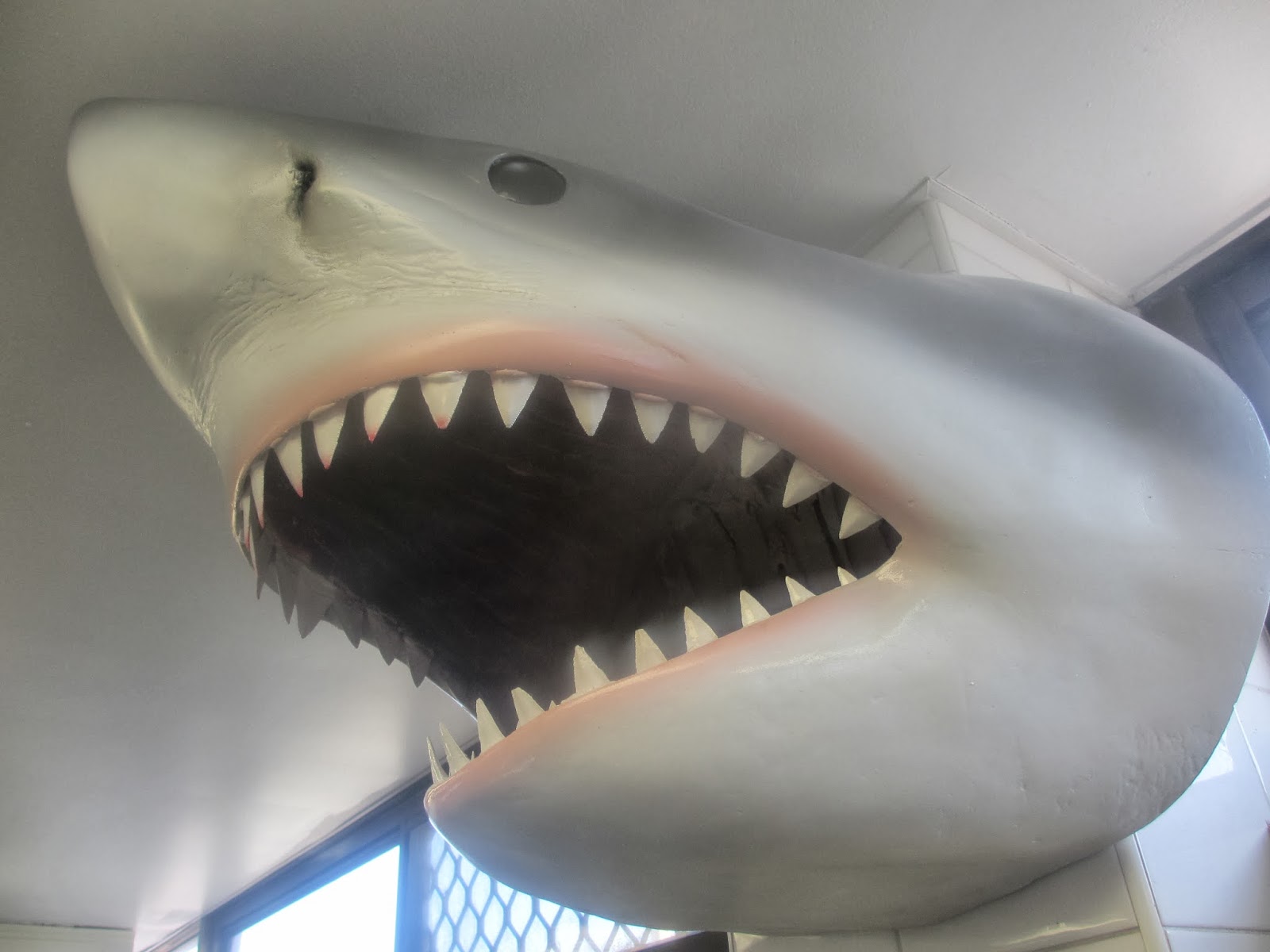 The Indian Ocean is warm and the most beautiful colour of turquoise imaginable. It is also home to the great white shark which is actually quite an endangered species. In fact, the state of Western Australia now holds the unenviable reputation as the world’s deadliest place for shark attacks.

A fatal attack in Gracetown in November where only the swimmer’s tattered shorts were recovered, and a second attack reported on the same day, followed the sixth fatality in the past two years.
I did go swimming, but always close to the shore and other people. The bright yellow shark spotting helicopter was seen regularly whirring overhead, patrolling the beach.

In response to the increase in attacks, the Western Australian government has announced a controversial new ‘shark-mitigation’ programme that will see 72 drum lines (baited hooks attached to flotation devices) placed at eight popular beaches. Professional fishermen will be contracted to remove and destroy any shark larger than 3 m spotted near those beaches.

The move has sparked outrage from the people it aims to protect. More than 4,500 Western Australians attended a protest at Perth’s Cottesloe Beach.
“While the rest of the world is turning to shark conservation, our government is sticking his head in the sand, ignoring all the experts and employing an archaic strategy,” Western Australians for Shark Conservation founder Ross Weir said.

Next stop was the outback, and the gold mining town of Kalgoorlie. The folk who went up there in the gold rush had to be tough. It really was survival of the fittest in this harsh climate. They built a lovely town settled themselves down, and went in search of their fortune.

People immigrated from Africa and America, Great Britain and Europe, China and India, New Zealand and the South Sea Islands. They came from from mining communities in Queensland, New South Wales, Victoria, Tasmania, and South Australia.

Water became more precious than gold for these new Australians, and many died from thirst and disease.The great Super Pit dominates gold mining there today, squeezing every last ounce of gold from the land. Serious prospectors still go off on their own to comb the red earth with their Mine lab detectors in search of that elusive nugget.

Originally consisting of a number of small underground mines, the super pit was created in 1989 by Kalgoorlie Consolidated Gold Mines Pty Ltd. Everything at the Super pit is on a huge scale. It is so large it can be seen from space. A new tyre for one of the giant earth shoveling trucks will set you back $35,000!

Perth is also a very creative city. It has a big arts festival in March and features Perth Fringe around February time. The arts centre in Fremantle is an old converted lunatic asylum. I particularly enjoyed all the trompe l’oeil bus stops in Freo.

An artist called Graeme Richards has been transforming the old concrete bus shelters into works of art. An English cottage, a rose garden, a fishing scene. It makes waiting for a bus a whole lot more fun, that’s for sure.

If you’re feeling low on vitamin D – the weather in WA will guarantee to top up your supply. Ozzy people are also super friendly. A complete stranger held up the traffic in his four by four so that we could get across the road to catch the bus.

Folk in shops will often strike up a conversation with you as if they’ve known you all their life. Also you need to get familiar with the concept of everyday BBQs.

It’s not just once in the summer when there’s a bit of a nice day. You wheel out the rusty BBQ from the back of the shed. Only then can you think about your sausage selection.

Here, there’s always something you can throw on to the barbie. From super sweet corn on the cob (they grow gigantic fields of it here) to Roo steaks or a seafood medley. The ocean is beautiful (don’t think about the sharks) and there are miles and miles of pristine white beaches to explore right up the West coast.

I enjoyed horse riding in the bush, and seeing the fabulous animals at Caversham Wildlife Park. The salted caramel Mexican Icy Poles were delicious. I loved the Dreaming Dog wine and the outdoor way of life. I have a feeling I’ll be back..