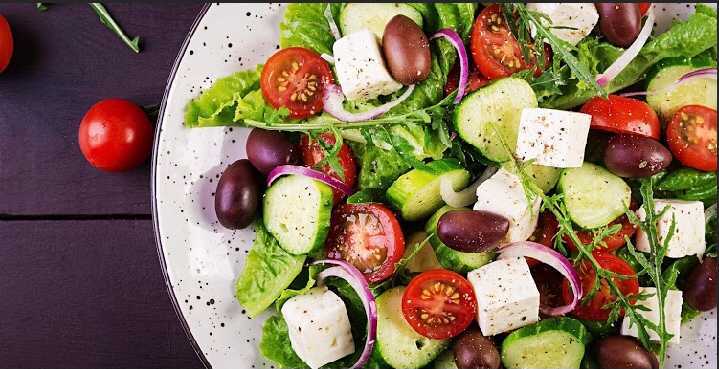 Paros – the restaurant! We can’t travel to the real Greek Island just now, but we can sample the cuisine of the beautiful Greek Island of Paros. A brand new Greek restaurant has opened up on Chillingham Road – the beating heart of fashionable Heaton in Newcastle.

The restaurant is run by Aldo and his girlfriend Kevila. They are both from the charming fishing village of Naoussa on the North East corner of the Greek island of Paros  I visited Naoussa many years ago and consider it one of the most picturesque places I have visited.

The chef, Isaak, has twelve years experience and is also from Paros. He helped create the authentic Greek menu for Aldo and his business partner.

Everything from Souvlaki to Gyros, Halloumi fries and lamb chops are on offer. Home made Pita bread and varieties of Greek sausages are also on the menu. Other Greek favourites like Moussaka, are coming soon. Everything is made fresh on the premises and comes from Greece, although Aldo did admit that Morrisons do a very good fresh spinach which goes well with Feta cheese.

How the restaurant came to be

The young couple came to the city to study Engineering and Psychology respectively at Northumbria University. Although they were both from the same town in Paros, they only became a couple when they met again in the North East. Everything n the restaurant has been custom made and it took them six weeks to refit the shop from when they bought it in December 2020.

Aldo is a real entrepreneur. He came to the UK when he was twenty one and has worked in the restaurant business from the age of 14 back in Greece. He works as an Engineer during the day and runs the restaurant in the evenings! Both he and Kevila speak fluent English and plan to make a real go of this enterprise. I enjoyed a first class chicken souvlaki and chips and will certainly be returning to sample the other offerings on the menu. You can never get enough Tsatziki in my opinion.

Paros in the Cyclades

The Greek island of Paros belongs to the Cyclades group. It is an easy ferry ride away from sister islands Santorini and Mykonos. More than 200 islands make up the Cyclades in the Aegean Sea. The sacred and uninhabited island of Delos – the mythological birthplace of Apollo – is at their centre.

The visit to the new Paros restaurant brought back fond memories of my visit to the island itself some thirty years ago. I was a lot thinner then, I know that for sure. My friend Julie and I were very taken with the beautiful fishing village of Naoussa. We reached it after a three hour boat trip from Mykonos followed by  a coach journey from the port of Parikia. We booked the whole deal from a travel agent in Whitley Bay for £199. We had no idea where we were going but it sounded nice.

We stayed in a modest apartment the Androniki apartments I believe, which had no air conditioning but we didn’t mind.  No one expected it back then. It didn’t even have a fridge. I remember the whitewashed houses and the path down to the village lit by huge candles at dusk. I also remember the gorgeous thick Greek yoghurt tumbling over local strawberries in a long glass drizzled with Greek honey.  The smell of the  fresh cheese pies coming from a small bakery near our apartment. Feta cheese encased in hot filo pastry which melts in the mouth is a beautiful thing.

The village, full of beautiful restaurants has gardens festooned with lemon trees and grape vines. There was a chic bar which sold delicious local wine where a dark eyed barman slowly peeled me a fig.

We drove motorbikes all over the island visiting different beaches.  We frequented our first ever open air cinema where I gazed up at the stars while half heatedly trying to read the English subtitles on an American film dubbed into Greek.

Yes I had fallen in love with this stunning Greek island. Since then I have returned to many Greek islands on multiple occasions. But there will always be a place in my heart for Paros!